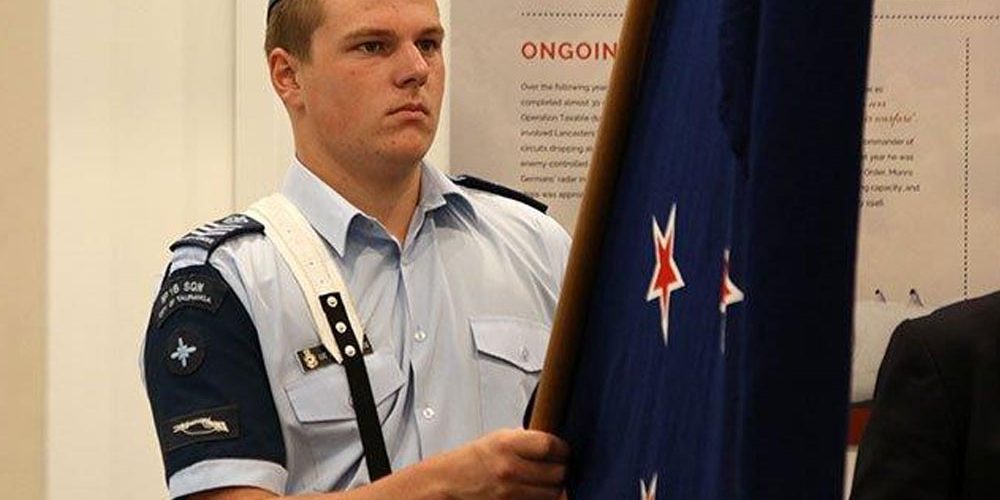 A huge photo of a Lancaster bomber, identical to the one Les piloted, plus several pieces of art depicting his life before, during, and following World War Two were unveiled during an official ceremony.

The wall art, plus posters and information on the famous movie The Dam Busters which premiered in Wellington in 1955, have gone up on display alongside a life-size glass figure of Les at the RSA’s Munro Restaurant which was renamed in his honour in 2014.

“This tribute is excellent, it has taken a while to put together, but the Mount RSA has done a fabulous job, it’s come up really well,” says Les’ son Graeme Munro.

“My favourite thing about the tribute is it depicts all of dad’s life, from his time on the farm, through to his war service, up to his post-war years when he was in community service and representing people in the Waitomo/King Country area.

– Read the full article with pictures at: http://www.sunlive.co.nz/news/150883-new-tribute-to-les-munro-unveiled.html#sthash.gZpHxkik.dpuf