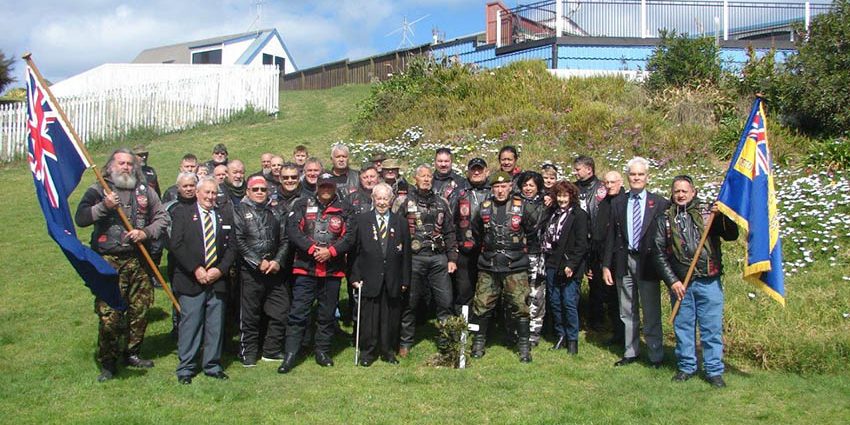 On Saturday September 10th: 95 year old Veteran Jack Meehan, Executive Member Barry Kellas and Club support Manager
Peter Moss attended a Memorial Service in Matata to Commemorate those ANZAC’s lost during the opening days of the Battle of the Somme.
The poignant Service was held by the Hauraki Chapter of the Patriots DFMC.

The photo shows the Patriots behind a tree planted with a cross by their chapter during another Ceremony in February.